We are proudly providing Live Streaming Services.
See if you qualify for FEMA COVID-19 Funeral Assistance

We have years of experience caring for families from all walks of life, cultures and faiths. Our unsurpassed staff and our family provide kind, caring, professional service. Each family comes to us because they know we are leaders in our profession who are dedicated to excellence in service, adhere to the highest funeral industry standards, and have exceptional integrity. We consistently earn phenomenally high customer satisfaction survey results.

Our licensed, professional staff is here for you 24 hours a day, 7 days a week. Please call 401-253-7110 anytime. We will even come to you to make arrangements in the comfort of your home.

Prompt, compassionate service is always just a phone call away, where and when you need it. 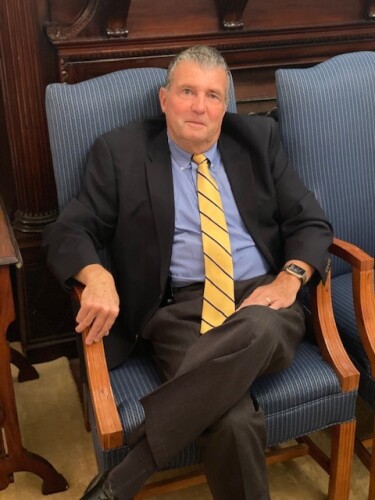 Jeffrey W. Steadman of 10 Wapping Drive, Bristol is a Funeral Director/Embalmer and the Managing Partner of Sansone Funeral Home. Born and raised in Westerly, Rhode Island, he is the son of the late Norman and Nancy M. (Rathbun) Steadman.  Jeff has been married to Alisa J. (Lombardo) Steadman for the past 35 years this October and is the proud dad to Jacob, age 28. He was educated in Westerly Public Schools and is a graduate of Westerly High School Class of 1974. He was a High Honor graduate of the former New England Institute of Anatomy, Sanitary Sciences, Embalming and Funeral Directing, which was formerly located in Kenmore Square, Boston and has been part of Mt. Ida College, Newton, Massachusetts since August 1977.

A Licensed Funeral Director/Embalmer in the State of Rhode Island since September 1978, Jeff has been with Sansone since July 1988, when he joined his sister and brother-in-law, the late Ann Lombardo and the late Charles T. "Chuck" Lombardo, as a funeral director. He became the Managing Partner of Sansone Funeral Home in July 1999, when Sansone became a proud member of Carriage Services of Houston, Texas. Prior to joining Sansone in 1988, Jeff was a Funeral Director/Embalmer for the Buckler-Johnston and S.R. Avery Funeral Homes of Westerly and Hope Valley from 1975, when Jeff started his apprenticeship at Buckler-Johnston, until 1979. Jeff was a Partner and Manager of the former Wynn-Steadman Funeral Home of Bowdon, Georgia from 1979-1983. He returned to Buckler-Johnston and S.R. Avery for 1983-1988.

Jeff is an active communicant of Our Lady of Mount Carmel Church in Bristol, where he and his wife Alisa received the highest honor of the parish as Chief Marshals of the 108th Feast Celebration in honor of Our Lady of Mount Carmel in 2006. He is a former seventh grade instructor in their Religious Education Program, a former assistant Organist at the parish for many years, and a current member and volunteer of the Our Lady of Mount Carmel Feast Committee since 1988. Jeff served the Town of Bristol as the chairman of the North and East Burial Ground Commission for a number of years and served on the commission for 15 years until he retired a few years ago. He was the President of the Board of Directors for the Bristol Good Neighbors Soup Kitchen and Pantry on Hope Street in Bristol for over eight years and served on their board for 20 years, until their move to East Providence. He is a member of the Bristol County Lions Club, the Rhode Island Funeral Director Association, and the National Funeral Directors Association.

In his free time, Jeff enjoy spending time with his wife Alisa and son Jacob, reading, enjoying Social Media, as well as spending much time with their three dogs, Bristol, a Maltese, Sydney and Baxter, their two Bichon Frise pups. 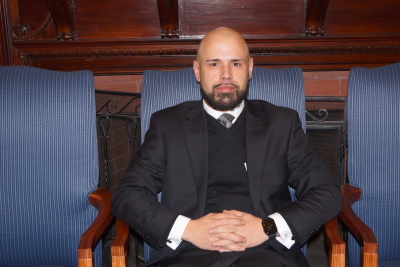 Josh is a native of Fall River, MA and a resident of Bristol. The son of Portuguese immigrants Josh is fluent in Portuguese and speaks some Spanish. In 2005 Josh joined the Massachusetts Army National Guard and served with the HHB 1/101 Field Artillery in Brockton. During his time in the guard also served with the 54th Regimental Honor Guard as a certified trainer. During his time stationed at the Bourne National Cemetery Josh rendered military funeral honors to veterans of every branch. In 2010 Josh deployed to Afghanistan with HHB 1/101FA. After leaving the military Joshua spent two years as a Therapeutic Mentor for adolescent children in the Fall River and New Bedford areas.

In 2018 Josh graduated from Mount Ida College in Newton, Ma with an associate’s degree in Funeral Services. While at school Josh was a member of the Pi Sigma Eta National Fraternity of Morticians and the National Honor Society. In June of 2018 Josh passed the National Board Examination and went on to earn full licensure as a registered Funeral Director and Embalmer in October.

Josh enjoys spending time with his daughter, Lily and biking around Bristol and the area. 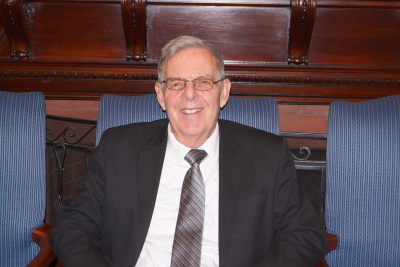 Mr. Victor G. Cabral, Jr., a lifelong resident of Bristol, is a valued part of our Ambassador Team who has been with us at Sansone Funeral Home, since June of 2005.

He is the husband of Mary Cabral and the proud parents of three children, Kristen, Michael and Matthew and six beautiful granddaughters.  A retired secondary teacher and former Assistant Principal at Mount Hope High School in Bristol.  He just completed serving his community on the Bristol-Warren School Committee.  His favorite activities is spending time with his family especially his granddaughters and his yearly trips to Disney World, and cruises with his wife and family. 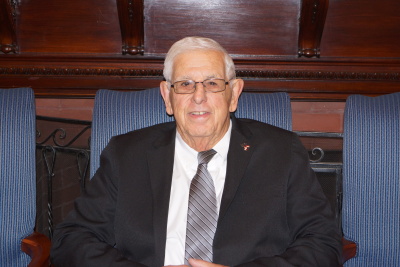 Mr. David R. Simoes, a lifelong resident of Bristol, is a valued part of our Ambassador Team who has been with us at Sansone Funeral Home, since April of 2006.

He was the husband of late Joyce (Squatrito) Simoes. They have two beautiful daughters, Anne Marie Higgins and Patricia Anne Pires, and five grandchildren, Matthew, Brendan, Brianna, Mitchell and Ryan and two beautiful great grandchildren, Jack and Eloise Grace. David and his late wife Joyce are active parishioners of Our Lady of Mount Carmel Church of Bristol, where they both are involved in many parish activities. They received the highest honor of the parish in being named Chief Marshals of the 16th of July Feast Celebration in honor of Our Lady of Mount Carmel Church in 2008. David worked for Almac Supermarkets for 42 years and also worked in real estate for many years with Century 21, DeWolfe and Coldwell Banker, all in Bristol. He is very active in the Bristol Council #379 of the Knights of Columbus, Bristol, where he is the financial secretary and was a past Grand Knight and past District Deputy. He also is a 4th Degree Knight of Columbus with the St. Pius X Assembly of East Providence and has been active with the Rhode Island State Council. He also has been active with the Town of Bristol where he is presently a member of the Zoning Board of Review Committee and a former member and past chairman of the Planning Board, a past Town Sergeant and a former member of the 4th of July Committee. 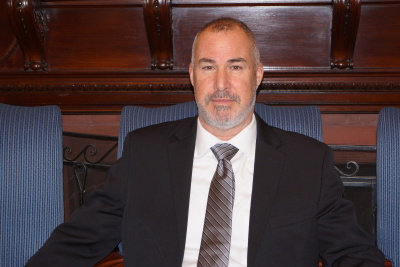 Mr. Gary E. Dion, a lifelong resident of Bristol, is a valued part of our Ambassador Team who has been with us at Sansone Funeral Home, since March of 2013.

He is the husband of Mary Ellen Dion and proud dad of Jessica and Lyndsay.  A retired elementary teacher for Bristol schools for 30 years.  He served on the Bristol Town Recreation Board for 15 years.  An avid fan of PC Basketball you can count on seeing him at all the home games.

You are welcome to call us any time of the day, any day of the week, for immediate assistance. Or, visit our funeral home in person at your convenience.

About Us
Testimonials
Meet Our Staff
In Our Community
Our History